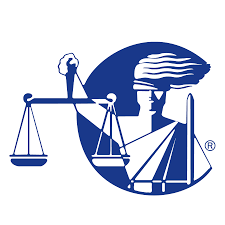 As to code enforcement and nuisance actions we strongly recommend “comply”

Friday, our founder Christopher Finney was featured on a panel presentation before the Cincinnati Bar Association on “Code Enforcement from the Municipal Perspective.”  The panel included Erica Faaborg, Deputy City Solicitor of Cincinnati, Kathy Ryan of Wood and Lamping, and Stacey Purcell of Legal Aid of Cincinnati.

The panel discussion covered a wide range of code enforcement and nuisance actions, many of which fall outside the scope of what Finney Law Firm typically would handle such as slum landlords without heat and tenant hoarding.

Our primary experience falls in two areas: (i) Chronic and acute health and building code violations, with the municipality typically seeking an injunction and a fine against the property owner and (ii) nuisance actions seeking either the forced closure of the nuisance business (usually either a motel or a liquor establishment) or the appointment of a receiver to manage, fix up and sell a property.

In both instances, in nearly every jurisdiction in question, the municipality is simply seeking compliance.  In most instances, they neither want your money nor control of your property. They want the nuisance conduct (underage drinking, violence, drug dealing, prostitution) stopped or the the property fixed up.  Period.

As a result, we strongly recommend working with building officials toward a reasonable compromise for enforcement — it can end the dispute, it improves the property or its operation, and it makes our communities stronger.  More importantly, in in the long measure, it saves the client money by investing in his property or business rather than running up a huge — and likely non-productive — legal tab.

Having said all of this — and we do counsel compliance and cooperation — a business owner or property owner does not need to just “lay down” for expensive and over-the-top enforcement.  Our firm has fought and won amazing battles against State and local governments, all the way to the US Supreme Court.  We have successfully challenged entire legislative schemes, including pre-sale and pre-leasing inspections, which are a constitutional overreach, in multiple jurisdictions.  Our firm has made a name for itself fighting and winning against bad government actors.  Our tools include the US and State Constitutions, state statute, the State of Ohio taxpayer statutes against both cities and county commissions, Open Meetings laws, Public Records laws, and other statutory avenues.  But before launching into these battles, we want to make sure we are positioned to win and that the client appreciates the costs and risks for undertaking these fights.