Employment Law: US Supreme Court holds that discrimination based upon status of being gay or transgendered is prohibited

On June 15, 2020, the Supreme Court of the United States, in Bostock v. Clayton County, Georgia, held that gay and transgender employees may not be fired merely for being gay or transgender. In a 6-3 decision, the Court held that termination on the basis of gender identity or sexual orientation violates Title VII of the Civil Rights Act of 1964, which prohibits discrimination in employment on the basis of sex, race, color national origin, or religion.

The Court only addressed the issue of whether termination on the basis of gender identity or sexual orientation is prohibited under Title VII. However, employees and small businesses should be aware that it is a near certainty that all forms of discrimination on the basis of sexual orientation or gender identity, including harassment, pay disparity, and discrimination in hiring and promotion decisions, are now prohibited under Title VII.

Title VII only applies to employers with more than 15 employees, and current Ohio and Kentucky jurisprudence has held that their respective antidiscrimination laws (Revised Code 4112.02, et seq. and Kentucky Revised Statutes 344, et seq.) do not prohibit discrimination on the basis of sexual orientation or gender identity. As a result, it is possible that businesses with less than 15 employees will not be affected by Bostock. However, Ohio and Kentucky courts normally interpret their states’ antidiscrimination laws in a manner consistent with the interpretation of Title VII. Therefore, there is a very good chance that the protections now afforded to gay and transgender persons by Title VII will also be applied to smaller employers in Ohio and Kentucky.

The employment attorneys at the Finney Law Firm take pride in staying up-to-date with recent developments in employment law, including the recent Covid-19 leave requirements and expansion of Title VII protection. Employers and employees should consult experienced legal counsel to be fully advised of their rights and obligations under the law. For assistance with these matters, consult  Matthew S. Okiishi (513.943.6659) and Stephen E. Imm (513.943.5678). 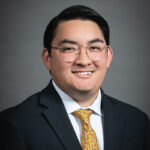