Recreational Activity and Liability for Injury 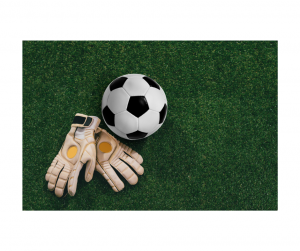 We’ve heard it from television commentators and even youth league coaches, “injuries are part of the game.” Nearly every game; from football to soccer, baseball, basketball, cycling, and running; whatever the sport, there comes with it a chance of injury.

And it’s not just sports commentators and coaches who understand the risk of injury. Ohio’s courts recognize the old maxim as well. Ohio law protects against liability for injuries sustained during recreational activity, where that injury was the result of mere negligence.

As enunciated by Ohio’s Supreme Court: “Where individuals engage in recreational or sports activities, they assume the ordinary risks of the activity and cannot recover for any injury unless it can be shown that the other participant’s actions were either ‘reckless’ or ‘intentional’” Marchetti v. Kalish.

Underlying this rule is the assumption that by voluntarily participating in a recreational activity, one has consented to the ordinary risks inherent in that activity.

This rule has been applied not only on the field of traditional sports, but even in some rather unusual “recreational activities.” In Konrad v. Morant, the “recreational activity” involved two children and one BB gun. They took turns chasing each other and shooting at each other, all very fair and sportsmanlike. Likewise, in Marcum v. Zerkle, there was no liability for injuries sustained in a paintball game.

This same rule has also been applied to injuries sustained by spectators.

In Ohio, whether you’re on the field or in the stands, you’ve assumed the ordinary risks associated with the activity you’re engaged in or even merely watching.