These documents can be immensely useful for a principal suffering from an incapacity, which is to say, an individual who: (1) has an impaired ability to receive and evaluate information, (2) is missing, (3) is detained, be it in the penal system or otherwise, or (4) is outside of the United States and unable to return.  Notwithstanding the cause of the principal’s incapacity, the agent (if given the relevant authority in the power of attorney) may make financial decisions for the principal, purchase or sell property on behalf of the principal, make healthcare decisions, etc.  All of those actions, however, are prevented when the relevant bank, title agency, or healthcare provider wrongfully rejects a lawful power of attorney.

Lawful powers of attorney are often rejected for inane reasons including preparing the power of attorney more than six months prior to the date that the agent presents it or naming a second or successor agent.  Responding to the concerns of the constituency, members of the Ohio House of Representatives recently sponsored House Bill (H.B.) No. 446, which operates to remedy the all-too-common practice of rejecting lawful powers of attorney.  The bill does not alter language in the Ohio Revised Code, but rather, it adds the following to Chapter 1337:

(A)       As used in this section, “acknowledged” means verified before a notary public or other individual authorized to take acknowledgements.

(C)       A person that fails to comply with this section is subject to both of the following:

On January 16, 2018, the Ohio House of Representatives referred H.B. 446 to the Civil Justice Committee, which is where the bill remains today.  The Committee held its first hearing regarding the same on January 24, 2018. 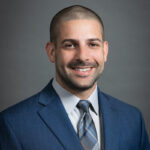