A sad and funny story for Constitution Day 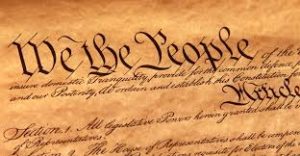 We love celebrating September 17 each year at the Finney Law Firm, in part because we — as should all Americans — celebrate the document that brought lasting freedom and prosperty to our shores through recognition and respect to property rights, respect of natural rights, and acknowledgement of the failings of man through the checks and balances it contains.  These virtures are as a general proposition underappreciated by the populace and the foundation of the liberties we depend upon, I would humbly submit.

Finally, one of the blessings we remember on Constitution Day each year was a special and ironic story of the distinct failure of our elected officials to understand the rights granted by the U.S. Constitution and the corresponding limitations on their powers.

[I’ll update this story when I get a chance to check the docket, but as I recall, the year was around 2011 and the offending goverment was the City of Astabula.]

The Ashtabula County Tea Party desired to hold a rally on Constitutuon Day in something in town they called the “Public Square.”  This was a typical town commons or “public square” in the middle of town.  For constitutional novices, it would be what the Courts commonly refer to as a “quintessential public forum,” the type of property where First Amendment liberties are given their greatest latitude.

At first, the City approved their application for the use of the square, later explaining that they thought the “Tea Party” was a group of little old ladies serving tea.  (Yes, the Tea Party was at its zenith at this time, so the City fathers simply must have been living under a rock to think this.)

But, when they learned that the topic of a Constitutuion Day rally in the Public Square was to discuss public policy and rally the faithful towards civic action, the City fathers demurred, and revoked their assembly permit.  In other words, based solely on the content of what was to be discussed and addressed that day (“pass the crumpets” versus “vote the bums out”), the City decided to prohibit the assembly and the attendant speech.

This would be a textbook example of impermissible content-based discrimination in a public forum, a violation of the First Amendment to the United States Constitution.

We, of course, immediately brought suit on behalf of the Tea Party.  Once City officials were staring at a hearing before a Federal Judge to explain themselves, they quickly “got religion” and a newfound understanding of the U.S. Constitution, and allowed the rally.

So, Constitution Day, September 17, has a special meaning for me and our firm, and the fine organizers of the Ashtabula County Tea Party.