Possible abuse of a durable power of attorney

There is no question that an Agent acting under a durable Power of Attorney has a fiduciary obligation to the Principal, which includes both the duty to act in the Principal’s best interest, and the duty not to use the relationship improperly for the Agent’s advantage.  If an Agent transfers the Principal’s funds in a way that the Principal would not have wanted, the transfer seems abusive.  Such a transaction may even rise to the level of theft.  Many times there are cases where Agents use durable Powers of Attorney to extract money or assets from their Principals.  If the Agent is not a family member or a close friend, it seems clear that transfers of assets to the Agent are abusive.

Most people name family members as their Agents.  Determining whether a transfer is abusive becomes much more difficult in a family context.  A family member Agent who transfers funds or other assets to himself or herself may believe that the Principal would have wanted the Agent to make the transfer.

Therefore, it is important for the Principal to discuss his or her wishes with the Agent regarding transfers, and to make sure that the Power of Attorney authorizes the Agent to make any desired transfers.  If the Principal wishes the Agent to have the power to make only gifts that would qualify for the Federal gift tax annual exclusion, this limitation should be included as a provision in the Power of Attorney and also discuss it with the Agent.

Further, if a Principal does not want to grant the Agent authority to transfer assets, it is imperative that a provision be included in the general durable Power of Attorney restricting the Agent from making such transfers.

It is possible that an improper transfer could be prosecuted as theft, and a court could order restitution to the Principal.  Also, improperly transferred funds could be recovered through a civil lawsuit for breach of fiduciary duty.  The funds may not be recoverable because the abuse cannot be proven, or because the Agent has dissipated the funds. 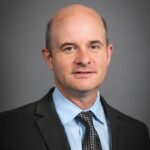