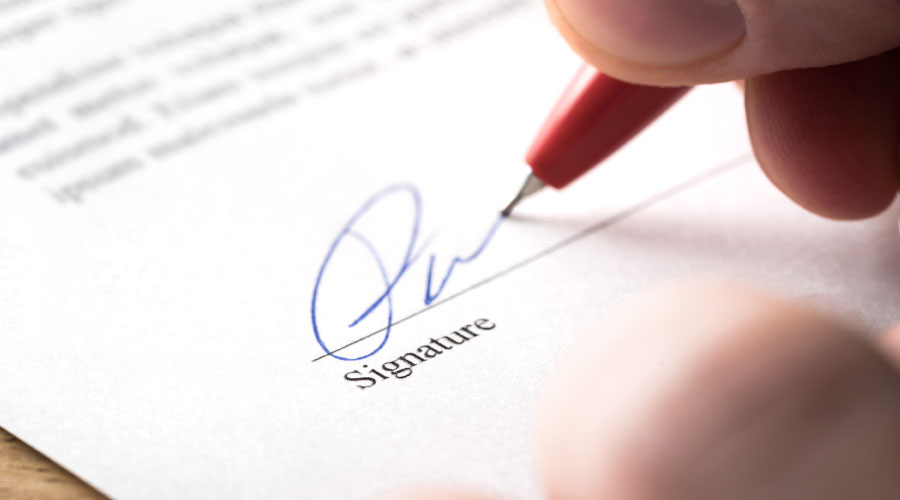 Ohio Real Estate Law: Enforceability of “liquidated damages” provisions and how they differ from earnest money

As Chris Finney has addressed extensively in prior blog entries, “a common misunderstanding of parties to a purchase contract is that the escrow money is some sort of measure of or limitation on damages for the buyer’s breach, or, conversely, that the return of the earnest money ‘cures’ the seller’s breach and is the limitation on his damages as well. However, unless the real estate purchase contract specifically calls out either of those limitations, neither of those propositions is true.” In other words, an earnest money deposit is in no way representative of the amount of “damages” caused by a breach of the contract unless the parties to that contract say it is.

Consider the following example: A Buyer contracts to purchase a home for a purchase price of $350,000. Buyer deposits $5,000 in earnest money. Buyer decides to buy a different home instead and breaches the contract to purchase the first home. The Seller of the first home has a tough time selling it after Buyer backs out but, eventually, finds someone else to buy the home. However, the new buyer will only pay $320,000. Seller can typically seek damages from Buyer based on the difference in the purchase price, i.e., $30,000, because that is the amount that places Seller in the position he would have been but for Buyer’s breach. Seller is NOT limited to merely collecting the $5,000 earnest money.

So then what does the phrase “unless the parties to the contract say it is” really mean? How can the parties to a contract predetermine what the damages will be if one of them breaches?

A liquidated damages clause is a contractual vehicle through which the parties can stipulate – in advance – the amount of damages due and owing should one of them breach the contract. It can be a fixed amount or a percentage of the total contract price. Relative to real estate contracts, particularly in the commercial context, parties will sometimes agree, in the purchase contract, that the earnest money will act as liquidated damages in the event of breach. Thus, while liquidated damages are not necessarily equal to the amount of earnest money deposited, they can be if the parties so agree.

As the Ohio Supreme Court has long held, “parties are free to enter into contracts that contain provisions which apportion damages in the event of default.” Lake Ridge Academy v. Carney, 66 Ohio St. 3d 376, 381 (1993). However, many parties who later breach a contract after having agreed to such a provision unsurprisingly attempt to defeat the same by arguing that the provision to which they agreed is somehow unenforceable – most often, by arguing that the clause operates a “penalty.”

Ohio courts utilize a three-part test to evaluate whether a liquidated damages clause is, indeed, enforceable.

Where the parties have agreed on the amount of damages, ascertained by estimation and adjustment, and have expressed this agreement in clear and unambiguous terms, the amount so fixed should be treated as liquidated damages and not as a penalty, if the damages would be (1) uncertain as to amount and difficult of proof, and if (2) the contract as a whole is not so manifestly unconscionable, unreasonable, and disproportionate in amount as to justify the conclusion that it does not express the true intention of the parties, and if (3) the contract is consistent with the conclusion that it was the intention of the parties that damages in the amount stated should follow the breach thereof.

Courts routinely uphold these clauses in the real estate context, in large part due to the unpredictability of the market. See, e.g., Cochran v. Schwartz, 120 Ohio App. 3d 59, 62 (2d Dist. 1997); Kurtz v. Western Prop., L.L.C., 2011-Ohio-6726 (10th Dist. 2011); Ottenstein v. Western Reserve Academy, 54 Ohio App. 2d 1, 4 (9th Dist. 1977); Schottenstein v. Devoe, 83 Ohio App. 193, 198 (1st Dist. 1948); Curtin v. Ogborn, 75 Ill. App. 3d 549, 555 (Ill. App. 1979) (outlining a general rule that liquidated damages are appropriate in amount where ten percent or less of the purchase price). This is because “although the contract price is easily ascertainable, the fair market value of real estate fluctuates, in some cases dramatically, and these fluctuations, based upon numerous independent variables, are unpredictable.” Kurtz, at ¶ 30 (relative to the first prong in the Samson test). “Difficulties inherent in assessing the fair market value of property due to the volatility of the real estate market have been the impetus for Ohio courts giving effect to liquidated damages provisions in real estate transactions.” Id., at ¶ 31.

Who does a “liquidated damages” clause benefit?

While it is perhaps easier to envision how liquidated damages provisions tend to benefit the non-breaching party, they can be just as advantageous to a breaching party. For example, consider a situation where Buyer is under contract to purchase a $1 million retail center with a $100,000 liquidated damages clause. Buyer elects not to purchase the property and breaches the contract. A week after Buyer’s breach, there is a down-turn in the real estate market and, now, Seller can only get $800,000 for the property. Rather than potentially being on the hook for the $200,000 difference between the contract price and ultimate sale price, Buyer’s liability is capped at the fixed liquidated damages amount of $100,000 because that is what the parties agreed to in the contract.

Liquated damages clauses can also be mutually advantageous inasmuch as it allows the parties to know what to expect. Circumstances may arise that require a party to choose between breaching the contract or incurring some other loss. In such a situation, the clause helps that party weigh their options and explore all possible outcomes in order to make an informed decision.

Is a liquidated damages clause a good idea?

Like so many legal questions, the answer is unfortunately the rather frustrating “it depends.” Ultimately, whether to include a liquidated damages clause in your contract or whether to agree to such a clause being proposed by the other side, is a decision that should be made on a case-by-case basis after considering all of the potential factors that may come into play.