Ohio Employment Law: Does the Now Famous Fired Engineer Have a Legal Claim Against Google? 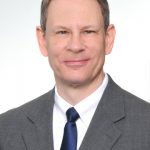 There has been a firestorm of controversy recently over Google’s decision to fire James Damore. Damore is the software engineer who wrote an internal memo – subsequently leaked – that criticized the company’s policies on diversity and inclusion.

Specifically, Damore claimed that biological differences between men and women may account for the fact that women are under-represented in tech positions at Google and elsewhere. Google fired Damore for his statements, and his termination has been widely debated – earning praise from liberal groups and scorn from conservatives.

But was Damore’s firing LEGAL? Does he have a legal case against Google for wrongful discharge?

For a lot of people, this is a First Amendment issue. They say, “Doesn’t he have the right to express himself? Aren’t his Constitutional rights being violated if he is fired for speaking his mind, whether we agree with him or not?”

But Damore still might have a case. He has already filed an unfair labor practice charge with the National Labor Relations Board. The law says that employees are protected when they engage in “concerted activity” with one another regarding the terms and conditions of their employment. Damore’s claim with the NLRB alleges that his memo – sent to other Google employees – was “concerted activity” about a company policy that affected the employment conditions of he and his fellow employees.

Additionally, Damore claimed in his memo that the company’s diversity program discriminated against men, because – he claimed – it gave female applicants and employees unfair advantages in hiring and promotion decisions. He can claim – and probably will claim – that he was terminated in retaliation for opposing what HE saw as discrimination in the workplace. Firing an employee for expressing opposition to what they REASONABLY BELIEVE is unlawful discrimination is illegal.

Note that the employee doesn’t have to be RIGHT that illegal discrimination is occurring. He or she just has to “reasonably believe,” in good faith, that it is. If they have that reasonable belief, the employee is often protected from retaliation for expressing their opposition to the practice.

This case raises some very interesting issues about employment law and discrimination, and will be very closely watched by many different advocacy groups – and practicing lawyers like us – in the coming months and years.