As part of their responses to the first round of discovery in our Open Meetings lawsuit, Cincinnati City Council Members PG Sittenfeld, Chris Seelbach, Wendell Young, Tamaya Dennard, and Greg Landsman – the Self-Proclaimed “Gang of Five” – have now admitted to additional Sunshine Law violations: other meetings conducted via text message, and whispering and texting to each other during City Council meetings. 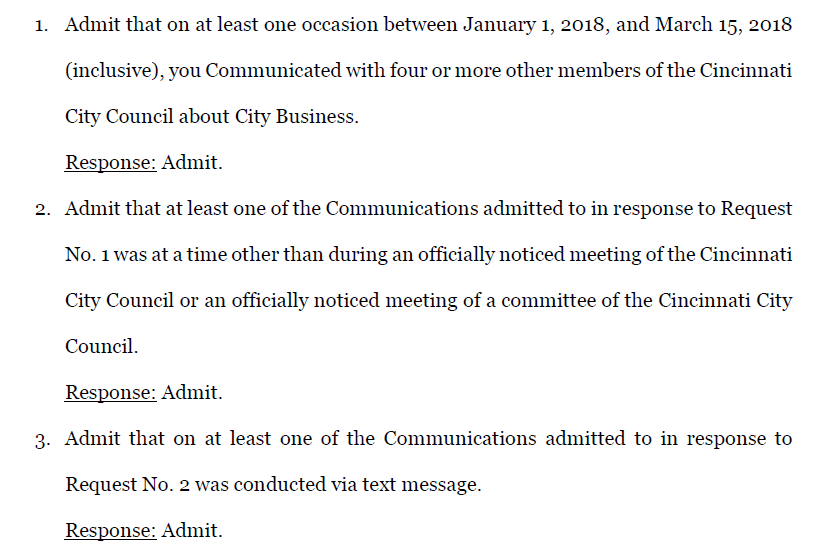 Thus far, the Gang of five have only responded to our requests for admission, still outstanding are responses to our interrogatories and requests for documents. The City asked for, and we granted, an extension of time to respond to the interrogatories and document requests. Those responses will shed even more light on the topics of discussion during the illegal meetings and result in the production of additional text message correspondence between the Gang of Five.

What is unquestionable now is that the question of firing the City Manager was not the first time the Gang of Five discussed public business outside the public eye, in clear violation of Ohio’s Sunshine Laws and the Cincinnati City Charter.

Next steps are to obtain the additional written discovery responses and then depose the Gang of Five under oath.