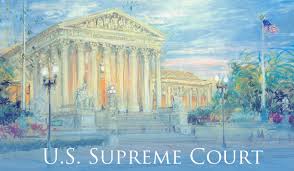 The Cincinnati Enquirer covers our firm’s latest petition to the United States Supreme Court for certiorari — discretionary review of a lower Court decision. Read about that here.

When the Ohio Supreme Court upheld Governor Mike DeWine’s last-minute cancelation of the Presidential Primary election in May, they did so in a simple one-line decision favoring the Governor’s Order. But the Ohio Constitution clearly says that the State’s highest Court must explain the reasoning behind each and every one of its decisions. State Representative Tom Brinkman reasoned that the Court could not well explain the novel decision to allow a Governor to cancel a duly-called and scheduled election at the last minute, and wanted to see their reasoning in black and white.

But what is the remedy?

Brinkman, represented by Chris Finney of Finney Law Firm and its “Of Counsel” attorney Curt Hartman, sued the Justices of the Ohio Supreme Court to force them to explain their decision — and the suit was filed at the Ohio Supreme Court. Brinkman fully expected that the Court would follow its long-established procedures to have the very Justices that had been sued as defendants in the case to recuse from the case and have others appointed from the Ohio judiciary to sit by designation on the decision.

Justices decide to be the Judge — of themselves

But much to Brinkman’s surprise and that of his attorneys, the five Justices who were defendants in the case, filed a brief in their own defense before themselves and then ruled on their own case. As you might imagine, they ruled in favor of themselves, seeing the wisdom of the brief they themselves filed and dismissed Brinkman’s Complaint. Ohioans got no explanation of the decision to cancel the election.

Is that due process?

Does that represent due process guaranteed by the US Constitution?

That is the question presented in the petition for writ of certiorari at the United States Supreme Court by the Finney Law Firm last week. Less than 1% of all cases presented to the US Supreme Court for review are granted oral argument, so Brinkman’s claim at this juncture is unquestionably an uphill battle, but Brinkman argues that it is fundamentally wrong — and unconstitutional — to allow any judges to sit in judgment of cases in which they themselves have been sued.

Can we do it yet again?

Three times previously, Finney Law Firm has achieved review of lower court decisions at the United States Supreme Court, and once accepted we won 100% of those cases 9-0.  Read about those against-all-odds wins here.

We will keep you advised if the Finney Law Firm again can thread the needle in SCOTUS practice.

Let us make an appellate difference for you

Let our team “Make a Difference” for you with our sophisticated appellate practice. Contact Chris Finney (513.943-6655) or Brad Gibson (513.943.6661) to speak with our experienced appellate litigators.