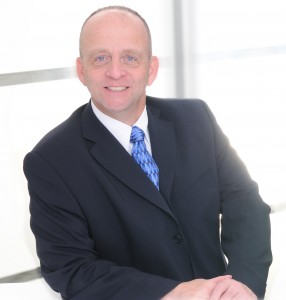 In the closing weeks of the 2013 Cincinnati City Council Elections, there was a well-funded undertaking targeting primarily Cincinnati’s African American voters, on radio and in print advertisements delivered door-to-door, to dissuade voters from casting their ballots for independent candidate Christopher Smitherman.  The printed fliers also pushed democrat Roxanne Qualls for Mayor and a democrat slate for Council.

Smitherman, who ran as an independent candidate that year, was a target of the more left-leaning democrat establishment in Cincinnati for challenging the then-democrat Mayor and Finance Committee Chair on a series of spending priorities, including demanding that the City fund its pension obligations to City retirees, opposing balancing the City budget with revenue from Red Light Cameras, and stop spending on the new Cincinnati Streetcar.

The “committee” that claimed to advance the political attacks on Smitherman was a brad new organization formed weeks before the election named “Cincinnatians for Jobs Now” and was funded with more than $300,0000 — a blockbuster sum for a City Council election with fewer than 60,000 votes cast.

However, Jonathan White, who is from Dayton, claimed in his deposition that he was the organizer and only member of the “Committee,” that he personally distributed door-to-door, 34,000 door hangers with no assistance from others, and that the $300,000 in contributions just one day appeared in his mailbox, unsolicited.  These ruses by White and Cincinnatians for Jobs Now are aimed at avoiding a finding from the Ohio Elections Commission that they engaged in criminal conduct by failing to file requisite financial disclosure forms with the Hamilton County Board of Elections of the income and expenditures of Cincinnatians for Jobs Now.

Maggie Thurber of OhioWatchdog.Org has a fantastic story on the discovery conducted in this matter to date by Mr. Hartman, and the trajectory of the case.  You may read that here.

Ms. Thurber is an award-winning independent blogger from Northwest Ohio whom I have gotten to know over the years.  She is an intelligent assertive woman who has broken news on one key scandal after another throughout the state that the mainstream media seem to miss.

Curt Hartman will continue to develop this story, including with an upcoming deposition of Rob Richardson, Sr. who appears to have been significantly involved in the effort despite Mr. White’s protestations to the contrary.

Read more about this story: