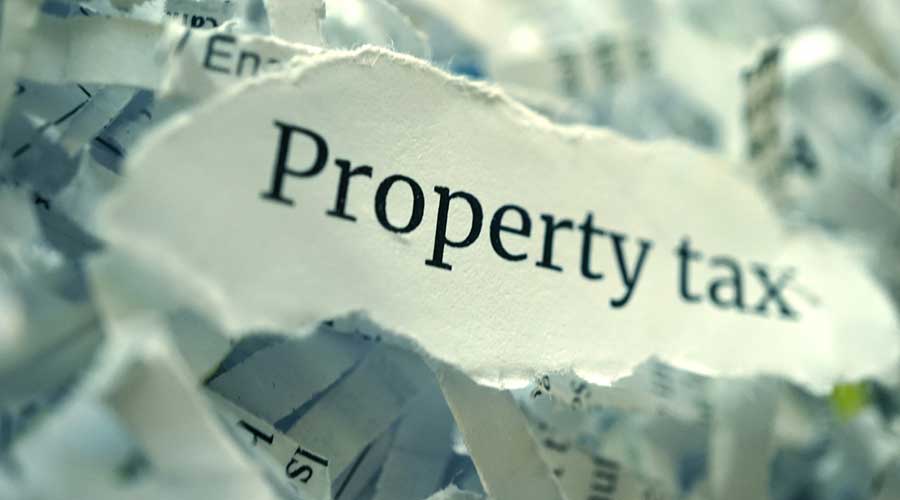 Make no bones about it: Ohio property taxes are complicated.

And with today’s dramatic upwardly dynamic real estate market, it is more important than ever that buyers and sellers carefully consider the impact of a sales price that exceeds the Auditor’s valuation when writing a purchase contract’s tax proration provision.

First, taxes in Ohio are billed semi-annually, in roughly January and July of each year.  Those two bills are, respectively, for the first half and second half of the prior calendar year.  So, the January 2022 bill will be for the first half of 2021, and the July bill will be for the second half of 2021.  Thus, when a buyer buys property, the seller owes between seven and thirteen months of taxes in arrears.

How tax prorations are typically addressed in “form” contracts

Typically, the purchase contract will provide for several things so that the seller credits these accrued but not-yet-due taxes to the buyer:

What does “based upon most recent available tax duplicate” mean?

On this, issue of prorating taxes “based upon the most recent available tax duplicate,” consider a few things:

In today’s dynamic real estate market in which sales prices of certain properties are galloping upward at an astonishing pace, especially for apartment buildings, single family residences, and industrial and warehouse properties, that standard form language could leave an unsuspecting buyer holding the bag.  Here’s why:

It’s easy to ascertain if the sale price is above the Auditor’s valuation.  Each County publishes their valuations — current as of the date of contract signing — on its web site.

School districts can and do seek retroactive valuation increases

The biggest beneficiary of property taxes in Ohio is the local school board, which typically receives about two-thirds of the total tax bills into their coffers.

As a result, school districts hire attorneys skilled in property valuation matters to scour the Auditor’s records to find recent sales in their district that exceed Auditor’s valuation.  Then, they file Board of Revision complaints to seek an increase in valuation.  Some points on those complaints:

These school board complaints, if successful, have two effects: (i) in the tax year of the Complaint, it puts real cash in the pocket of the school district (the tax hike is very roughly about 3.0% of the valuation increase and the school district gets about two thirds of that one-time cash amount), and (ii) thereafter it ever-so-slightly reduces the burden on other property owners to have each property valued at its correct rate.

This means that buyers can get a surprise of a tax bill far in excess of the prorated taxes (otherwise by law owed by the seller) well after the closing date.  And typically contract language and perhaps papers signed at the closing make this difference unrecoverable by the buyer as against the seller.

How to address this issue in the contract

From a buyer’s perspective, if he wants to recover a proration that will fully compensate him for taxes due (by seller) accruing prior to closing, he must deviate from the typical contract language that a tax proration is to be “based upon the most recent available tax duplicate” to add “but updated to reflect the sale price in this contract” or something to that effect.  A further possibility with an entirely solvent seller whose operation would continue well after the closing would be to call for a re-proration after the actual taxes are known. But it’s far better to adjust at closing so a post-closing claim (or law suit) is not necessary.

If the issue is not addressed in the contract but brought up before or after closing, it may be difficult to argue to the seller that the contract does not reflect the seller’s actual tax liability as of the closing date.

From a seller’s perspective, it is better use the typical default language of “based upon the most recent available tax duplicate.”

Obviously, if the contract price is lower than the Auditor’s valuation, the default language” of “based upon the most recent available tax duplicate” would disadvantage the seller and benefit the buyer.  This frequently was so in the last (and every) real estate recession, and may be true with isolated sales occurring today, or for certain categories of real estate such as restaurants and hospitality, parking garages, and retail. When this happens, a seller may want to ask to prorate based on the actual sale price rather than the “most recent available tax duplicate” information.  In the alternative, the seller could preserve the right to pursue a reduction in valuation post-closing and receive any refund arising from an over-payment or excess proration.

Ohio courts have addressed this precise question: What happens when, after closing, additional taxes are retroactively assessed for periods prior to closing due to an increase in value? Under the default “based upon the most recent available tax duplicate” language, the answer is that typically these additional taxes become the buyer’s responsibility.

In Lone Star Equities, Inc. v. Dimitrouleas, 2d Dist. Montgomery No. 26321, 2015-Ohio-2294, the seller filed a Board of Revision (“BOR”) complaint seeking a reduction in the value of his property and received such reduction. The local school board then appealed that reduction to the Board of Tax Appeals (“BTA”). While the BTA appeal was pending, the seller sold the property to the buyer for significantly more than the value to which the property was reduced at the BOR level and gave the buyer a general warranty deed disclaiming all encumbrances. The BTA hearing was held approximately one year after the closing, and (because he no longer owned the property) the seller did not attend. The buyer was seemingly unaware of the proceeding and, thus, did not attend the BTA hearing either. The BTA ended up increasing the value to what it was before the BOR reduction (i.e., the value sought by the school board). This created a retroactive tax assessment of nearly $34,000 relative to periods prior to the closing. The buyer paid those taxes and then sued the seller for breach of contract, breach of warranty, and fraud to recoup the same.

The applicable tax provision in the Lone Star case read as follows:

(Emphasis added). There was no language to indicate what would happen should a tax be retroactively assessed for periods prior to closing, but the buyer argued that the seller should be responsible for the taxes under the above contract language, and that he knew of the pending BTA matter and knew that the tax proration on the HUD-1 settlement statement wasn’t final and fraudulently misrepresented the same.

In other words, after closing occurs, the parties no longer have viable claims arising out of the contract – they only have claims arising out of the deed. This largely shifts the burden to the parties, making it incumbent upon them to do their due diligence in making sure all of the respective contractual obligations have been met prior to closing. For example, if a contract addendum calls for the seller to make certain repairs prior to closing, but the seller fails to fulfill this obligation and the closing occurs anyway, the buyer cannot later sue the seller for breach of contract in failing to make the repairs. This is because the contract “merged” with the deed, and the deed did not call for any repairs. The court in Lone Star applied this doctrine of merger by deed to rule in favor of the seller as to the buyer’s breach of contract claim.

Perhaps two of the most common exceptions to the doctrine of merger by deed are (a) explicit contractual language dictating a specific contractual term shall “survive the closing” and/or “survive delivery of the deed” (this defies the doctrine’s “acceptance, without qualification, of the deed” requirement), and (b) fraud. In the Lone Star case, there was no contractual language indicating that the tax provision would survive closing and/or delivery of the deed. Likewise, the court found no fraud on the part of the seller.

One of the required elements to prove a fraud claim is “justifiable reliance.” See Lone Star, at ¶ 59, citing Volbers-Klarich v. Middletown Mgmt., 125 Ohio St.3d 494, 2010-Ohio-2057, 929 N.E.2d 434, ¶ 27; Burr v. Board of County Comm’rs, 23 Ohio St. 3d 69, 73, 23 Ohio B. 200, 491 N.E.2d 1101 (1986). A party cannot justifiably rely on any representation when he or she is on notice to the contrary. Because BOR and BTA proceedings are matters of public record, the buyer was put on constructive notice of the school district’s efforts to have the property’s taxable value increased, even if the seller had a duty to and failed to disclose these proceedings (which was not specifically addressed). Lone Star, at ¶ 65. Because neither of these exceptions applied, the contract merged with the deed at closing, and the buyer could not prevail on its breach of contract claim or its fraud claim.

Finally, the court addressed whether the retroactive tax assessment constituted an encumbrance insofar as it applied relative to periods prior to closing. Answering that question in the negative, the court found that “the tax lien does not attach and become an encumbrance on property until the time that a final determination of valuation is made, and the current property owner, not the former owner, will be responsible for the taxes that have attached.” (i.e., the “‘relation back’ concept in R.C. 5715.19(D) does not mean that the taxes would have attached as a lien prior to the closing.”). Id., at ¶ 53-55. Because the tax assessment did not constitute an encumbrance until after the closing when the BTA made its final determination as to the value of the property, it was not an encumbrance as of the date of closing and, thus, there was no breach of the general warranty deed covenants.

The Lone Star case is a cautionary example of what can happen should the buyer fail to do its diligence in checking for tax appeals and/or insist upon the language discussed in this entry to protect him or her in the event of a post-closing tax assessment. As a firm, we regularly represent both property owners and school districts in BOR and BTA proceedings, and we also have several seasoned real estate attorneys who can help you explore the tax implications of a transaction or post-closing tax assessment.